Sputnik V is the world’s first registered vaccine based on a well-studied human adenoviral vector-based platform. Sputnik V is already registered in more than 60 countries.

The ongoing Sputnik V post-registration clinical trial in Russia involved more than 31,000 volunteers. Phase 3 clinical trials of Sputnik V have been conducting in the UAE, India, Venezuela and Belarus.

Sputnik V demonstrates 97.6% efficacy according to analysis of data from 3.8 million persons in Russia vaccinated with both components of Sputnik V making it the most efficient COVID-19 vaccine in the world.

RDIF jointly with partners and manufacturers is ramping up the production of Sputnik V. The cost of one dose of the vaccine for international markets is less than $10 (Sputnik V is a two dose vaccine). The vaccine can be stored at a temperature of +2 to +8 degrees Celsius, which allows for easy distribution worldwide, including hard-to-reach regions.

The vaccine supplies for the global market will be produced by RDIF’s international partners in India, Brazil, China, South Korea and other countries.

This website has been created to provide accurate and up-to-date information about Sputnik V.

The vaccine is named after the first Soviet space satellite. The launch of Sputnik-1 in 1957 reinvigorated space research around the world, creating a so called “Sputnik moment” for the global community. 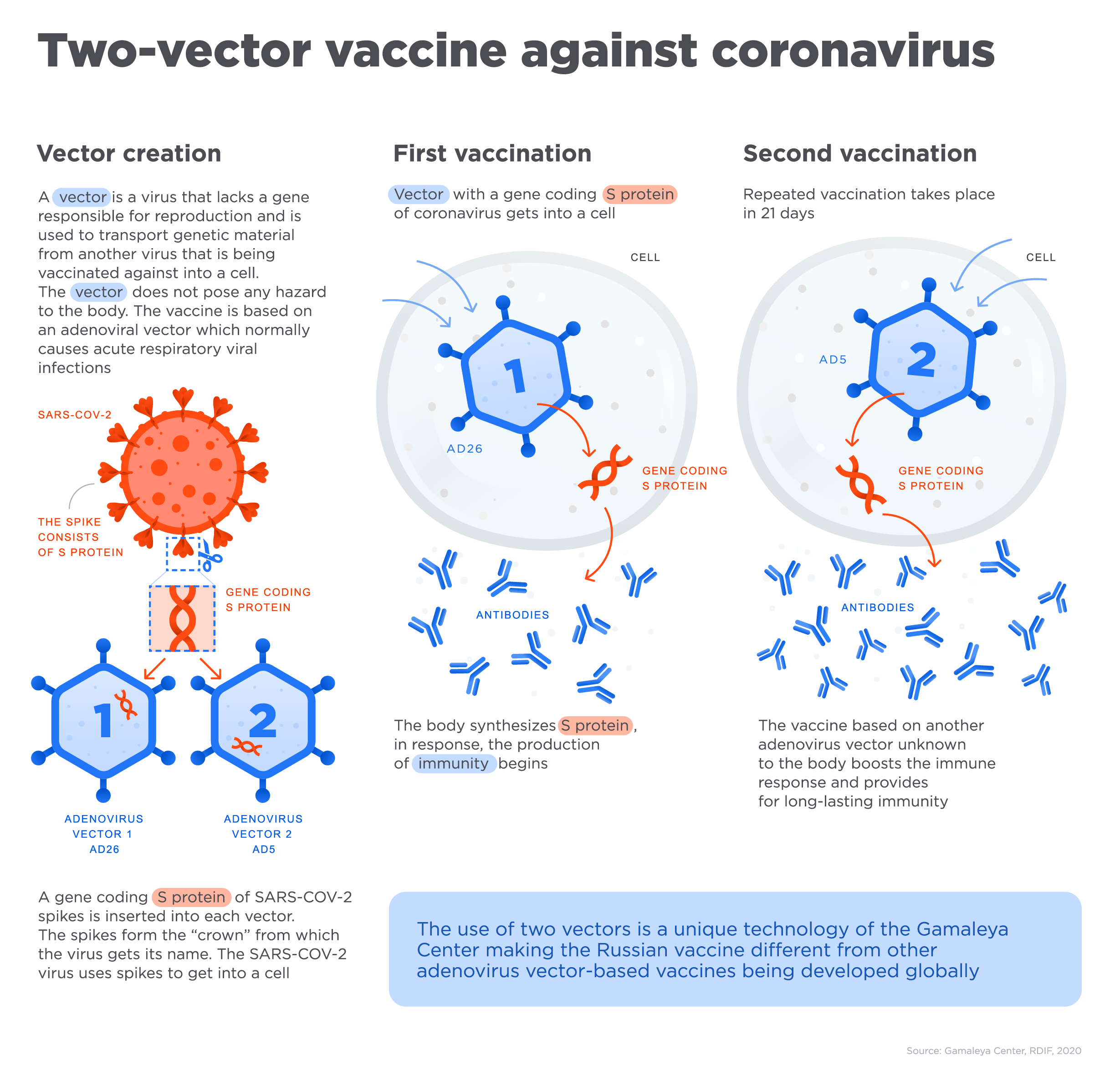 “Vectors” are vehicles, which can induce a genetic material from another virus into a cell. The gene from adenovirus, which causes the infection, is removed while a gene with the code of a protein from another virus spike is inserted. This inserted element is safe for the body but still helps the immune system to react and produce antibodies, which protect us from the infection.

The technological platform of adenovirus-based vectors makes it easier and faster to create new vaccines through modifying the initial carrier vector with genetic material from new emerging viruses that helps to create new vaccines in relatively short time. Such vaccines provoke a strong response from a human immune system.

Human adenoviruses are considered as some of the easiest to engineer in this way and therefore they have become very popular as vectors. 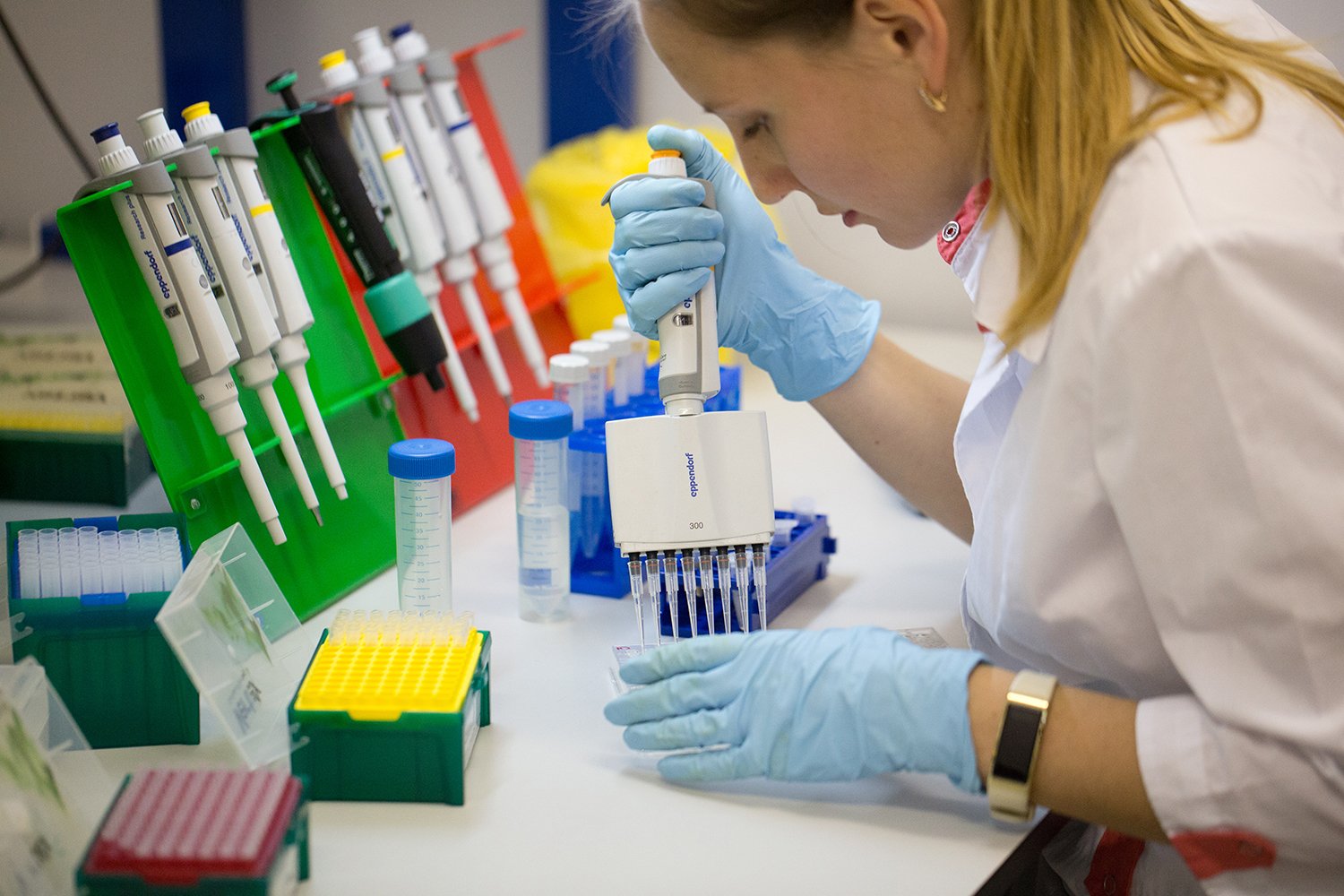 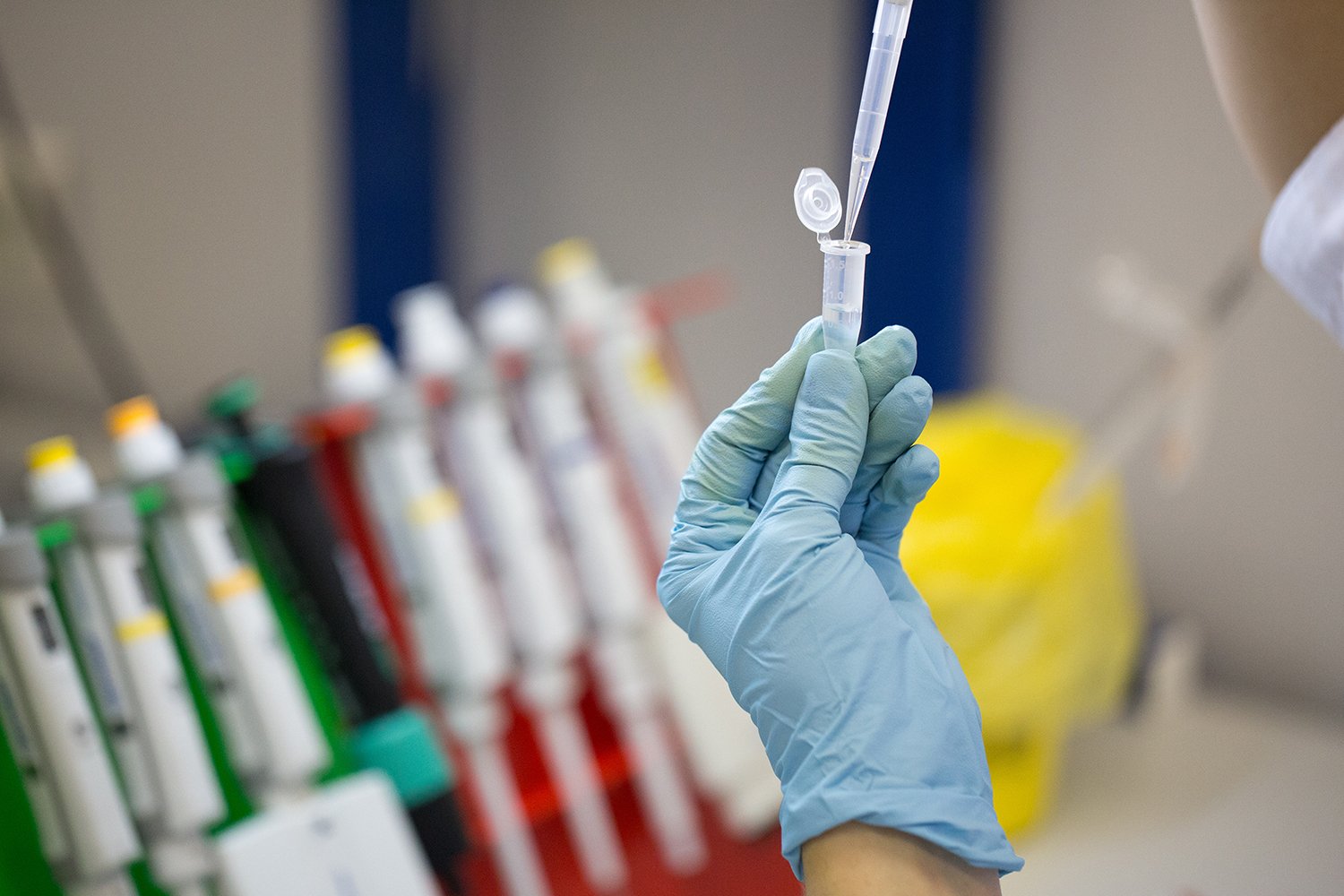 After the start of the COVID-19 pandemic Russian researchers extracted a fragment of genetic material from novel coronavirus SARS-COV-2, which codes information about the structure of the spike S-protein, which forms the virus’ “crown” and is responsible for connection with human cells. They inserted it into a familiar adenovirus vector for delivery into a human cell creating the world’s first COVID-19 vaccine.

In order to ensure lasting immunity Russian scientists came up with a breakthrough idea to use two different types of adenovirus vectors (rAd26 and rAd5) for the first and second vaccination, boosting the effect of the vaccine.

The use of human adenoviruses as vectors is safe because these viruses, which cause the common cold, are not novel and have been around for thousands of years.

Efficacy of Sputnik V against COVID-19 was reported at 91.6%. The figure is based on the analysis of data on 19,866 volunteers, who received both the first and second doses of the Sputnik V vaccine or placebo at the final control point of 78 confirmed COVID-19 cases. Sputnik V’s efficacy was validated by internationally peer reviewed data published in The Lancet.

ATTITUDE TOWARDS THE SPUTNIK V VACCINE IN RUSSIA

ATTITUDE TOWARDS THE SPUTNIK V VACCINE IN THE WORLD